Blog » Elf on the Shelf in Harrogate

Elf on the Shelf in Harrogate

Have you had a Christmas Elf visit before? Do you want one but don’t know where to buy one in Harrogate? It’s loads of fun, and spreads the Christmas magic throughout December. There’s also the added bonus that the mini mumblers must demonstrate lots of good/kind behaviour for the elves to see (it’s worth it just for this, right??!!)
Here’s a guide if you wish to have an extra little house guest this December, from their arrival to their departure on Christmas Eve.

What’s it all about?

Well…. Santa has a lot to do this time of year, but one VERY important job is writing his naughty and nice list. For that he needs to get a lot of information about each child to decide which list they get put on, so he needed some help! The elves kindly offer to go and check up on the children through out December and report back to Santa each night about how they are getting on. Are they being kind and helpful? The Elves go back to the North pole each night, and each morning they are found by the child. Bear in mind, these elves are cheeky and get up to all sorts while the children are sleeping… Its great fun for the little ones to go “elf hunting” on a morning to see what they have been up to, but the children should be advised – NO TOUCHING the elf, or they lose their magic and can’t get back to the North Pole. 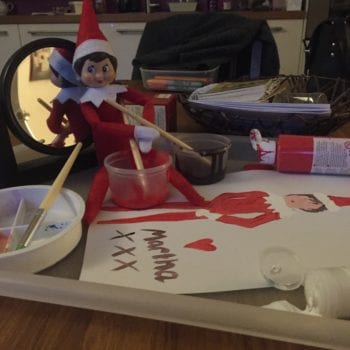 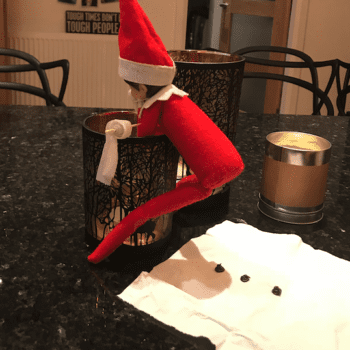 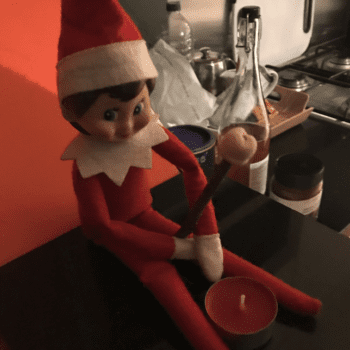 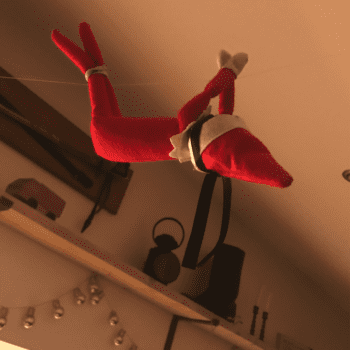 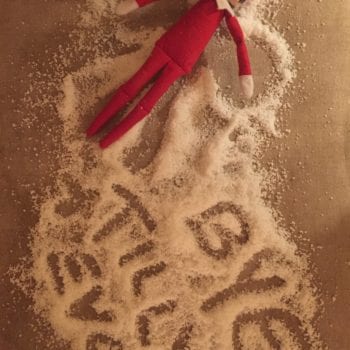 Elf arrives on 1st December, and stays right until Christmas eve (popping back to the North Pole briefly each night)
They can arrive in any which way, but here’s a couple of ideas:

Remember they will need a name, and a little letter explaining their mission. 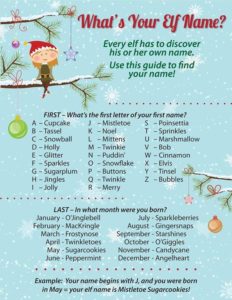 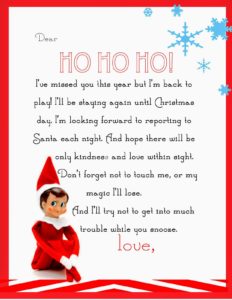 So…. The elves do require a little assistance from the mums and dads, but don’t worry. Mumbler has found lots of Elf ideas, ones that need minimal props/preparation, so can easily be squeezed into the end of a busy day!!

So the Elves have done their job, they have kept an eye on the children and fed back to Santa each night. Santa has now made up his mind, and put them on the naughty or the nice list. The elves can now go back to the North Pole and return to their usual jobs (caring for the reindeers, tidying the workshop, cooking Santa’s tea) until next December. Santa will be on his way tonight!!!!!

Where can I buy one?

Of course you can get them off the internet, Amazon have a load but locally Harrogate Mumbler has spotted them in plenty of locations.

Party Fever in Harrogate have got some lovely little Elves and accessories for them (£2.50 for a jumper or PJ’s) 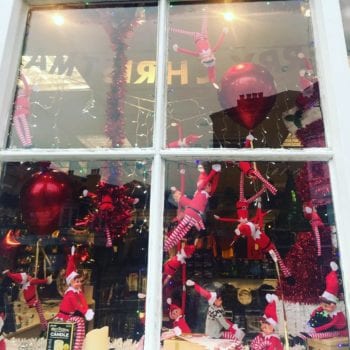 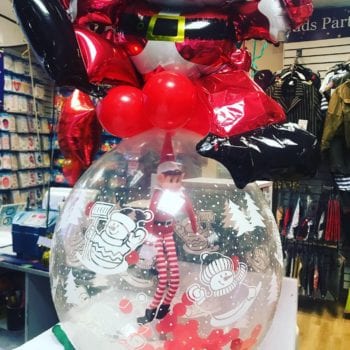 Elf in a balloon (you can bring your own elf!) 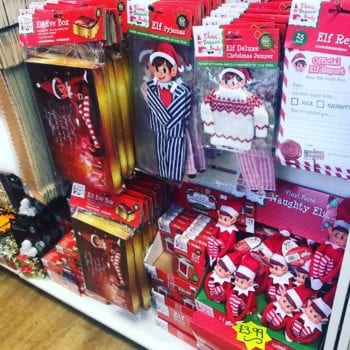 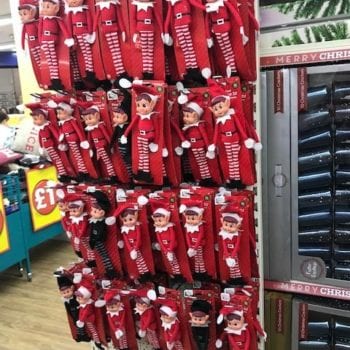 23 Tried and Tested Elf on the Shelf Ideas

Thank you to North Leeds Mumbler for their brilliant creative ideas below! 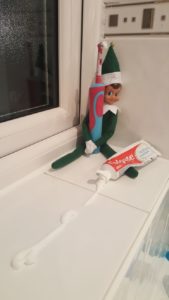 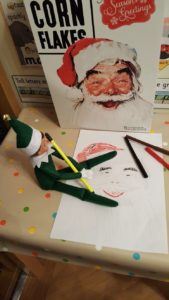 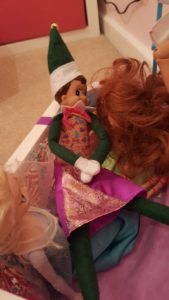 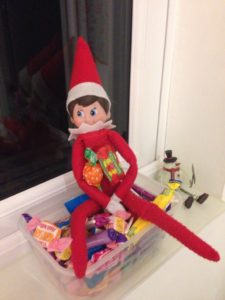 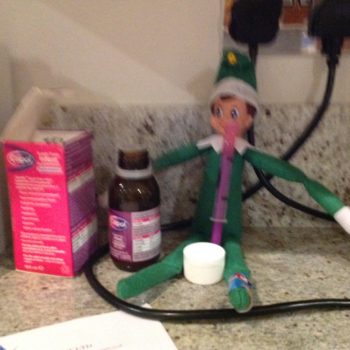 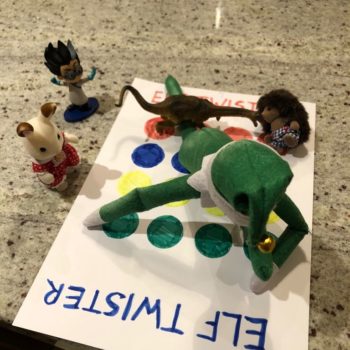 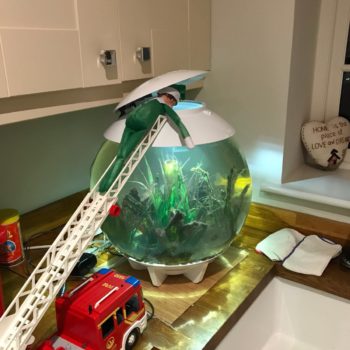 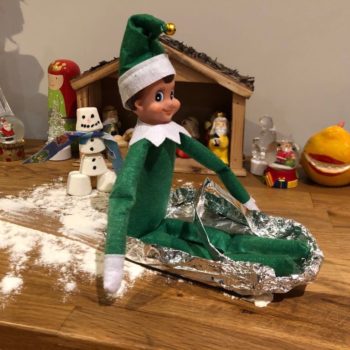 Sledging Elf
Share this page:
Found an error with this post?
Please tell us about it here