Highfield Prep School is celebrating after being shortlisted for Whole-school Community Initiative of the Year in the Tes (formerly Times Education Supplement) Independent School Awards 2020.

The annual Tes Awards recognise outstanding individuals and institutions that the independent school sector has to offer and is the second consecutive year Highfield has been shortlisted following its shortlist last year for Prep School of the Year.

James Savile, Head of Highfield Prep School said, “I am delighted that Highfield has once again been shortlisted for a national award.

“The Whole-school Community Initiative of the Year is in recognition of our approach to charitable giving at Highfield which is about so much more than giving – it’s about inspiring compassion and empathy for others through all our charitable activities.

“We support a wide range of local, national and international causes and, wherever we can, seek to build a relationship with the charity. This year we launched ‘Lend With Care’ as a project supported by our school houses, and the impact of our link with a school in Uganda continues to grow with a fifth Year 6 trip planned in February.

“The organisers reported that they had received an unparalleled number of entries this year, all of which were first rate, so to be shortlisted again is a fantastic achievement.”

Speaking about the awards, Tes Editor Ann Mroz said, “The independent schools in this country are truly exceptional and those that have earned a place on the Tes Independent School Awards shortlist are a cut above the rest.

“The schools that have been shortlisted should be proud – it’s a remarkable achievement.”

The winners will be announced at a gala ceremony at the Grosvenor House Hotel, London in February. 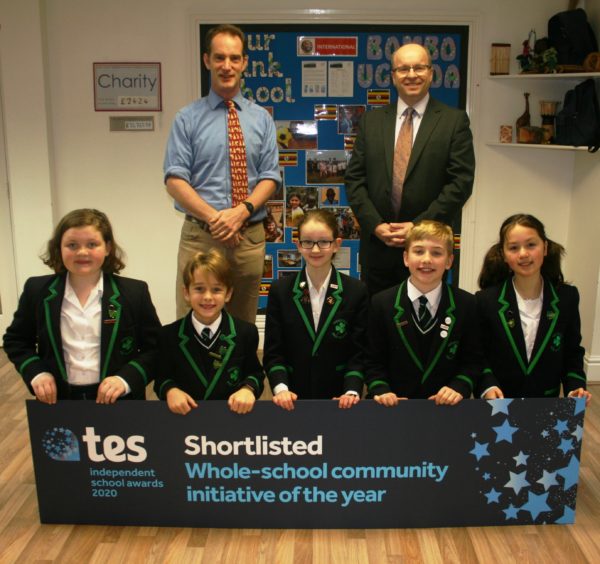