Blog » My Fairytale Life: The Importance Of Character Integrity

My Fairytale Life: The Importance Of Character Integrity

If the title grabbed your attention and you’re wondering, What on earth is this 35 year old Mum of 2 on about, then read on. If not, you may still find it interesting to read about how two 30 somethings with no excuses left to not take a chance on their quirky idea, are now embarking on a business adventure together; juggling parenthood, married life and a Fairytale Boutique, all in the pretty town of Harrogate. 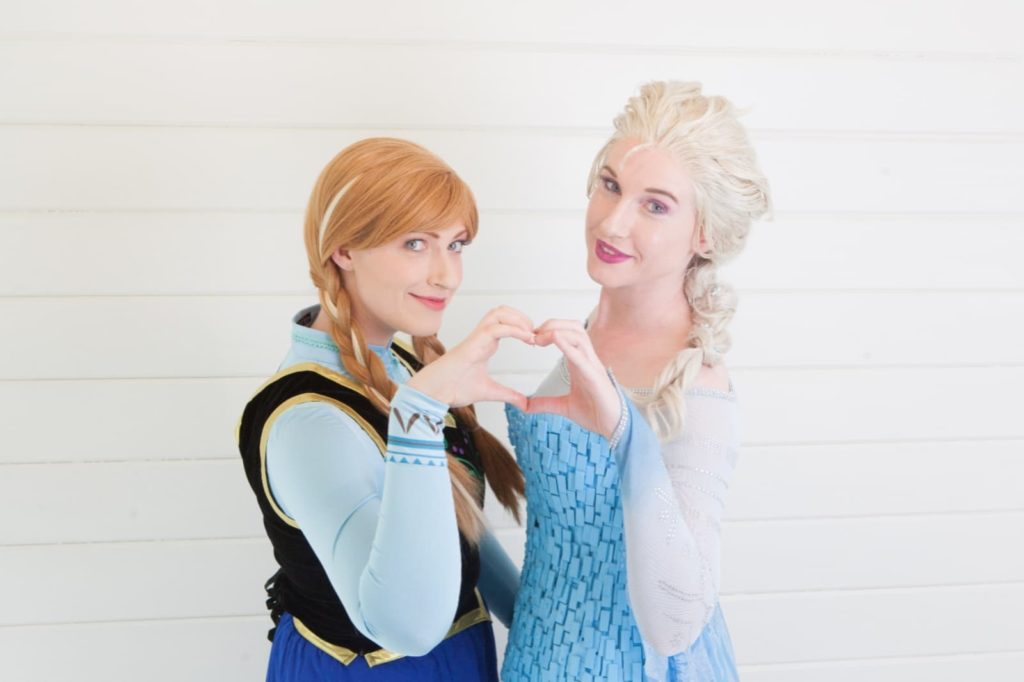 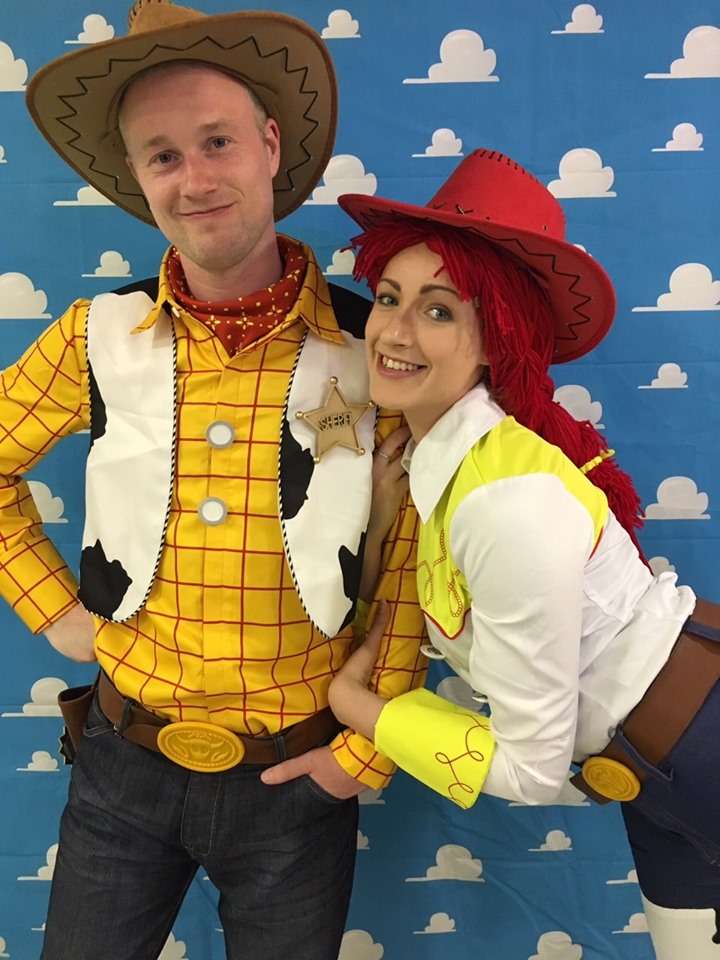 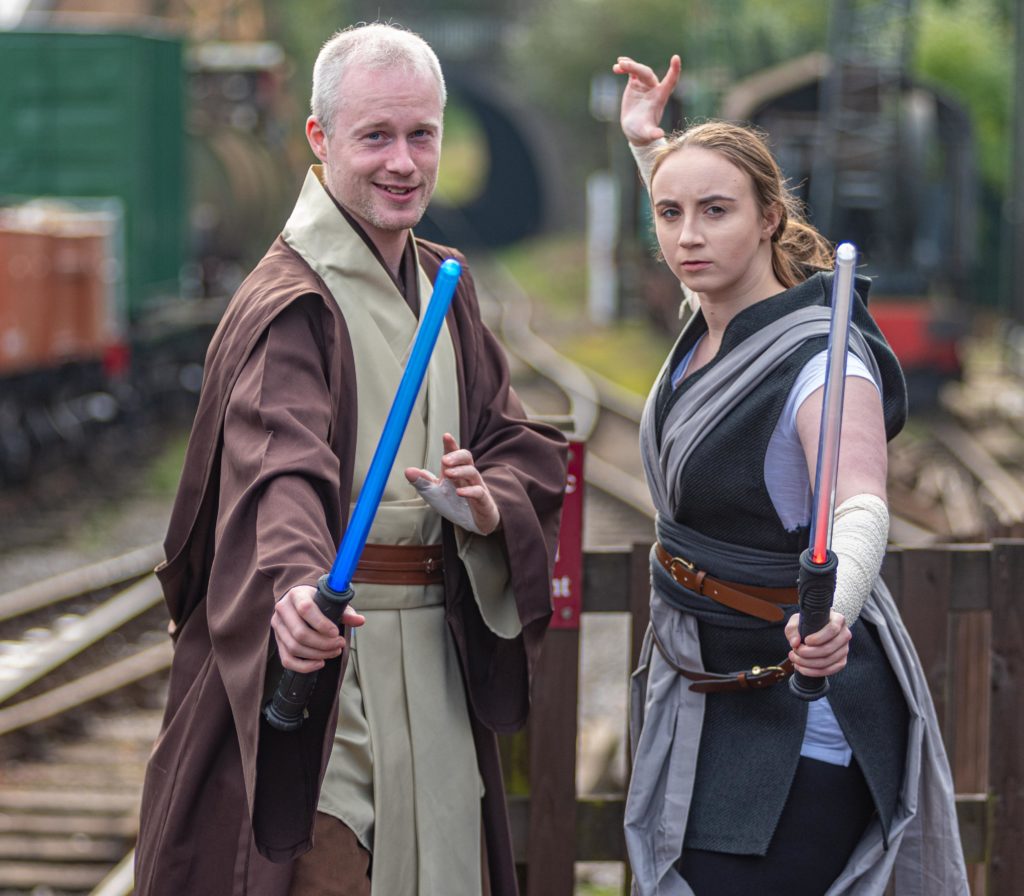 My husband Sam and I have worked together for years now and surprisingly we work well together (I say that as I know a lot of couples who wouldn’t agree). We currently run a shop selling handmade children’s clothing and apparel inspired by fairytales. We also offer Character Hire for events with top quality Character Performers. I’ll get more into what exactly a Character Performer does, but first let me set the scene.

It was 2014 and we lived in York with my 5 year old son. Sam was a private tutor (Cambridge science degree dahling!) and I was working part time as an administrator. I disliked admin and had been an actor in Dublin (Gaiety School of Acting alumni!) so I was delighted when I found weekend work as a Character Performer. The job was to meet children and converse with them, all the while portraying an iconic character. The team I worked with had insanely good skills for costume making; they could whip together superhero suits that looked like they had come straight from the movie set, and luxurious princess ballgowns that looked so regal, sometimes with fabrics I’d never even heard of. I was always in awe of the team I was a part of and while I didn’t have the same talent as so many of them where costume making was concerned, I learned a lot. I also discovered that being in an environment where character performances could really come to life, brought so much joy to children (and adults alike). But I was most intrigued with the secret ingredients required to really bring that fantasy to life. The children we met truly believed in the characters we portrayed. Were we THAT good as actors? Or was there more to it than just a good performance… 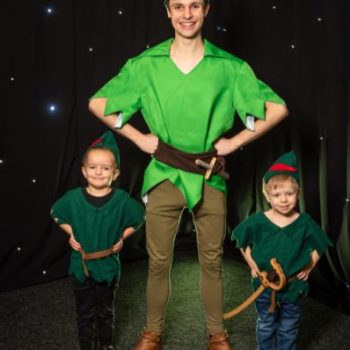 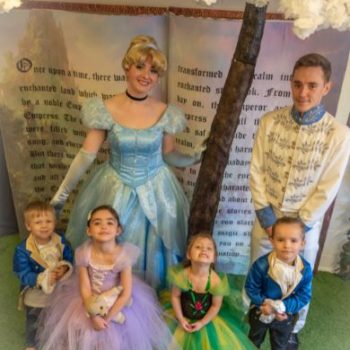 2015, Sam and I were taking our eldest to a Frozen themed party for the birthday of one of his classmates. As a huge Disney fan myself and knowing the Mum had shelled out a pretty penny for the experience, I really don’t think I hid the disappointment on my face when the two main characters made their entrance. “Elsa” walked in first, with an unkempt wig, cheap Amazon costume and visible black hair showing through. “Anna” also wore a low standard costume with the wrong colour hair and trainers (trainers?!) To top it off, “Elsa” announced in a thick Yorkshire accent “Are we ready t’have a good time at t’party”? It was that moment when my husband and I shared the same thought; We should do this and do it RIGHT!

With the contacts I’d made, I started researching high quality costumes for beloved fairytale characters. I knew it would be an investment (our costumes and accessories today cost between £250 – £500 per character). Back then I started off with just a couple of princesses, and only teamed with trained actors who I knew and had worked with previously. We played to our strengths; our team, even now 5 years on, only portray a few specific characters whom they are most suited for. Mannerisms, physicality, accents, background knowledge; they learn it all, and as a result truly embody the character. It is this high standard and attention to detail in both training and convincing costumes that we believe has gone towards our 5* reviews all these years. 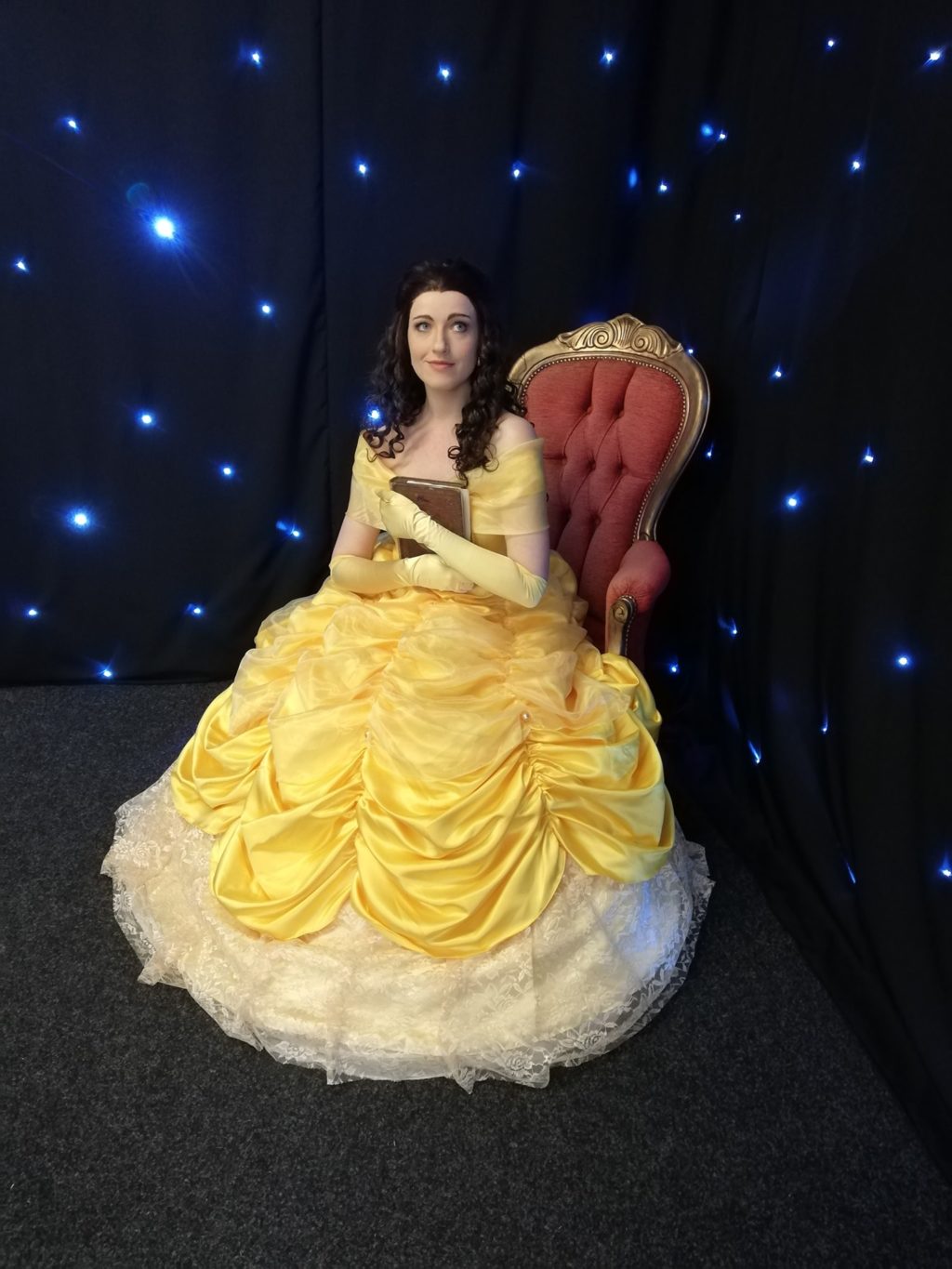 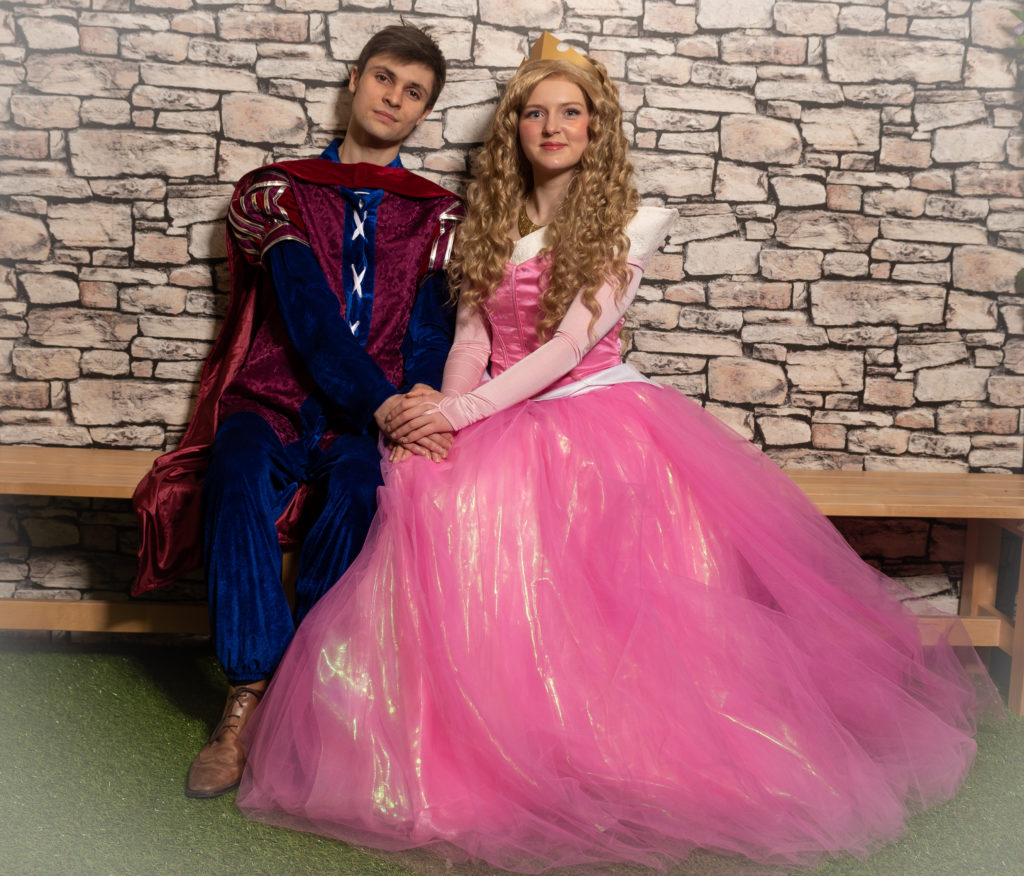 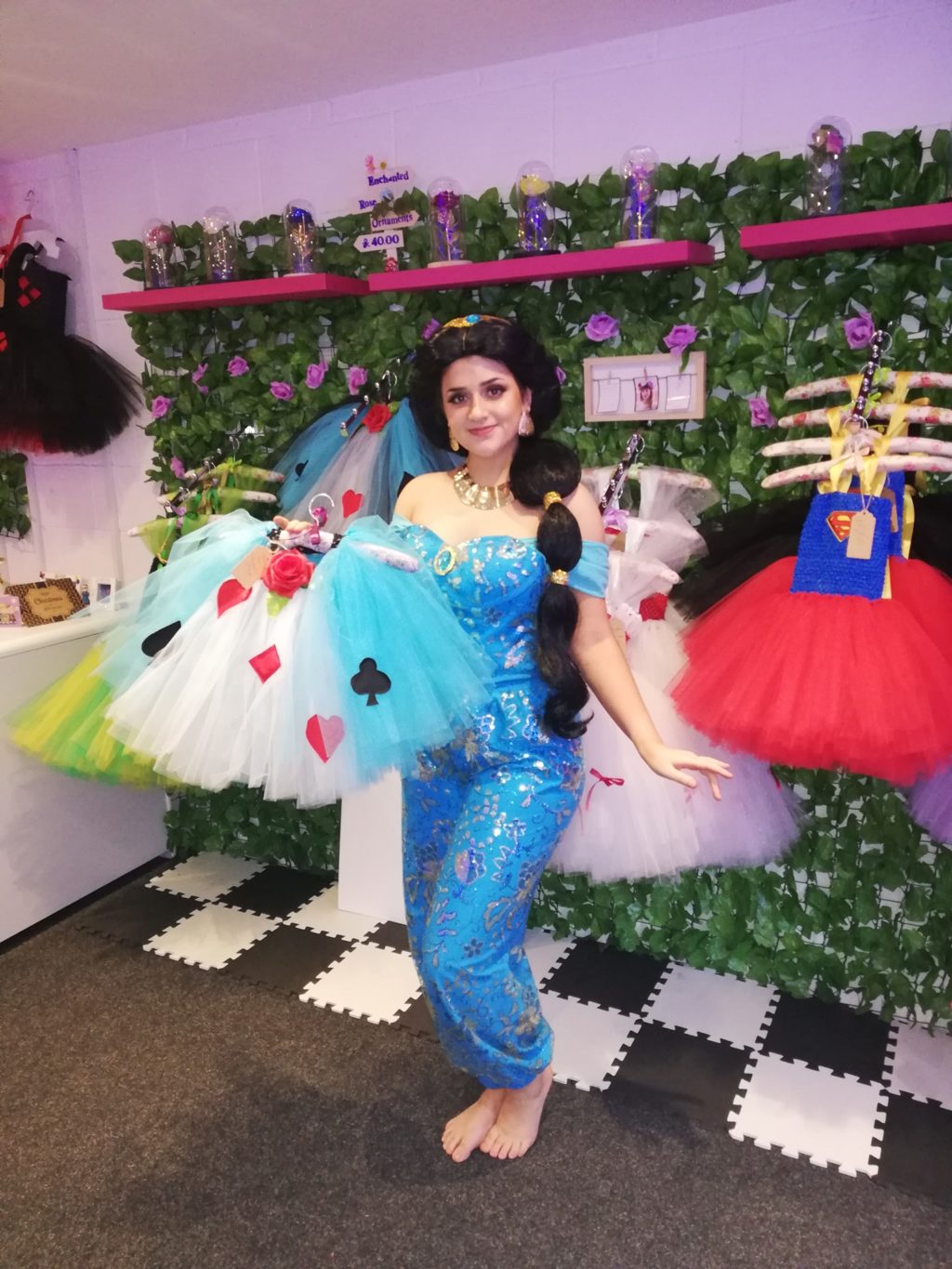 And that Frozen party I mentioned earlier, don’t get me wrong. The kids enjoyed the games and activities, but I guarantee that not one child at that event actually believed they had just met the real princesses. Children are not stupid! They simply had fun with party entertainers dressed up as their icons, whereas our combined skills of illusion and performance means we put magic into everything we do. For example, our Snow Queen makes it snow from her hands, because that’s what she does in the story. Our fairies don’t have straps on their wings because real fairies, of course, would not need straps on their wings! We do not refer to ourselves as Entertainers. We are Performers. Keeping character integrity, illusions and wearing premium wigs and costumes, are some of our ingredients for creating real fairytale magic.

If you wish to know more about the Emporium we’d love to hear from you!