Technology and social media have turned our world upside down many studies have been undertaken which have revealed that in some cases it can harm marriages, relationships and families. One recent study found that at least one is seven adults’ contemplated divorce or separation as a result of a spouse or partners use of social media or smartphones. 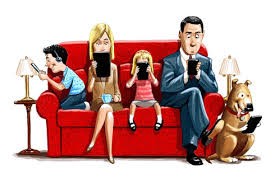 Can you believe it? A study has recently found that 84% of people can’t go one day without using Smartphones! I love technology and embrace its advances but embarrassingly, I have been known to break into a cold sweat at the thought of no WIFI or 4G. We all rely upon technology and spend hours with our faces illuminated by the all too familiar unnatural light. This, unfortunately, can be a breeding ground for suspicion and resentment. A huge number of the people I see professionally confirm that it is their partner’s use of technology that has led them to feel isolated and was instrumental in their decision to separate. As with everything it is all about being aware of the issue before it becomes a problem – getting the balance right.

The use of Social media ‘posting’ raises particular issues. I have embraced some aspects of social media and I happily tweet away both personally and professional but I am always mindful that what I post is accessible for all to see. Are you?

I have two rules:

(1) Would I stand on the stage at the Royal Hall and make the same comment to a full auditorium and most importantly,

(2) The mum test ‘what would my mum think’ if she saw what I was about to say or post, would she approve.
If you have any doubts, then I don’t make the post.

Social media is the way of the world now, something reiterated to me during a recent conversation with my 18 year old nephew about a girl he liked. He hadn’t spoken to her and I encouraged him to strike up a conversation with her. He looked at me in utter horror at the prospect of ‘speaking’ to her and I was told that he couldn’t possibly do that without having first found her on Facebook and making ‘virtual contact’! This is the changing way of the world, how people meet and form relationships and therefore it follows that it is also now how their separations will often play out. There was a case in press only yesterday about a man who pronounced the Talaq, a traditional Islamic divorce, by WhatsApp!

There is a sharp increase in social media or technology use being given as a reason to support an allegation of unreasonable behaviour in divorce proceedings. Many, confirming that as a result of a spouse spending too much time on social media or that using technology led to a lack of communication between them.

I have often been handed screen shots of social media posts which are inevitably and increasingly used as evidence in divorce, children and financial cases heard by the Court. 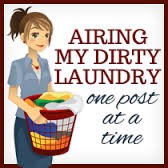 The courts are now regularly seeing social media posts which evidence adultery, harassment, misconduct in relation to children arrangement and also financial conduct including unearthing hidden wealth. All of which can have a significant impact upon a case, how it progresses and how it is settled. Also if the information provided in a parties social media posts do not match the information provided to the court this can call their credibility into question which can impact upon a final settlement. It is amazing the extent of the private information that people will put onto social media and also their shock when a printed copy is then produced as evidence.

It is therefore important to understand the risks that are posed by social media. Many people forget that as they type away in the comfort of their home that what they post is then available to the world to see. Even where the appropriate privacy settings are in place! Be careful though, hacking into private social media accounts is frowned on by the court (even if you know or can guess the passwords). Contact us and we can talk you through the best way to get the information needed.

Top 5 tips for social media use during separation
(1) Follow my ‘Royal Hall’ and ‘approved by Mum’ rule. If your mum would hold it against you, your partner or the court would also. Be aware that anything you post can be printed and you can safely assume that you may have mutual twitter follower or Facebook friend who is printing your posts.
(2) If you have children, think of them and what they would think if they saw your post.
(3) It’s an ‘oldie but goodie’ but, sleep on it! If you are still tempted to post after considering the first two tips then waiting until the next day rarely hurts your point and may help you gain perspective.
(4) If you do post or comment, make sure that it is truthful and that you can stand by it.
(5) Get advice at an early stage if you find or suspect your partner’s social media posts have important information about your relationship, their conduct or hidden wealth.

The irony that this is the subject of a blog is not lost on me!