Is there a bias against husbands in relation to spousal support? Should there be a time limit on spousal support? Is divorce law outdated? Should co-habiting couples be given the same rights as married couples? Can you have a “fault free” divorce? In the latest family law guest blog for Harrogate Mumbler, Raworths Family Law share their insights into these controversial topics.

“You may have seen on Good Morning Britain in recent weeks and in recent press, reports of comments that have been made by one of England’s most senior family Judges, Mr Justice Munby. President of The Family Division of the High Court, Mr Munby has commented on three areas of law that can cause significant confusion for people who are looking to divorce and for cohabitees who separate.

Sir Munby is reported to have said that the law that surrounds marriage and the provisions for separation following marriage is due an overhaul. He continues, that he believes the law to be outdated, specifically in relation to the  belief that a spouse should pay the other spouse maintenance for life. 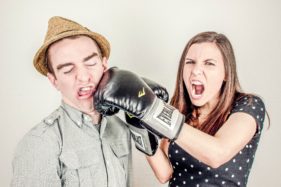 From my experience of family law over the last 18 years, it would seem Mr Munby is not alone in holding this view with a number of judges sharing a similar opinion. Reinforcing this, I have seen a noticeable shift in judgements towards spousal maintenance only being paid for a fixed period. Sir Munby’s recent comments echo this in his call for equality for divorcees when spousal maintenance payments are to be made.

The comments made by Sir Munby seem to be prompted by a bias against husbands where favourable settlements are being made for a wife. Often the cases that make the headlines are those where a wife of a very wealthy husband is awarded a headline-grabbing sum in spousal maintenance. However, my experience is that an award for spousal maintenance is assessed on the basis of what both parties need and the sex of the person is not the primary consideration.  As times have changed and we have moved away from the stereotypical 1950’s housewife, many wives and mothers work to support the family and this in turn has created a shift in how spousal maintenance is viewed by the Court.

This shift in emphasis is something that has again been confirmed and reported in the recently in the press (12 April 2018) as a wife who was receiving £175,000 per year spousal maintenance for life applied for an increased payment taking the yearly sum to £198,000. This claim was not only rejected but the original order for £175,000 per year for life was removed and replaced with an order providing a payment for only 3 years.

Sir Munby also commented that cohabitees should have the same status as married couples. Over the years, there has been constant debate around this issue and as the law stands today, cohabitees do not have the same rights as married couples; far from it. In general terms, each cohabitee retains their own assets, debts and income and they can make no claim against the other except in relation to items that are jointly owned. Sir Munby commented that the current lack of law surrounding cohabiting couples left women ‘condemned to injustice’.

There are two schools of thought in respect of this. One being that if a relationship is committed, for example over a period of over 2 years, or where there are children, then it is only fair that certain rights are acquired. That said, others would argue that to grant the same or similar rights to cohabitees as you would to married couples is unjust and serves to provide cohabitees the privilege of marriage without showing the same commitment. 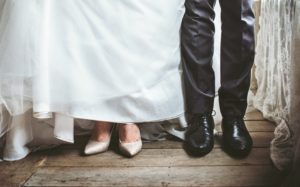 Putting these arguments to one side, it is clear that there is much misconception around ‘common law partners’ and consequently many cohabitees find themselves in very difficult financial circumstances upon separation, with no remedy available in law.

Finally, Sir Munby argued that fault free divorce should be introduced. You may have seen my previous blog on this very topic and I agree that a fault free divorce would assist divorcing couples by reducing acrimony and help a couple work together to find solutions.

He went on to comment that reforms were ‘necessary and inevitable’ and it will be interesting to see what changes might be introduced. Having said that the law is slow to move and even slower to change, so unfortunately, I think we might be watching this space for some time to come.

Reform in many areas would be welcome but it often feels that as family law professionals we are waiting for the law to catch up.  However many couples want more certainty and we are seeing an ever-increasing rise in pre-nuptial and cohabitation agreements. Couples are increasingly trying to find their own solutions and these agreements can be invaluable in providing a fair and reasonable outcome for a couple which can then often be taken into account by a Judge.